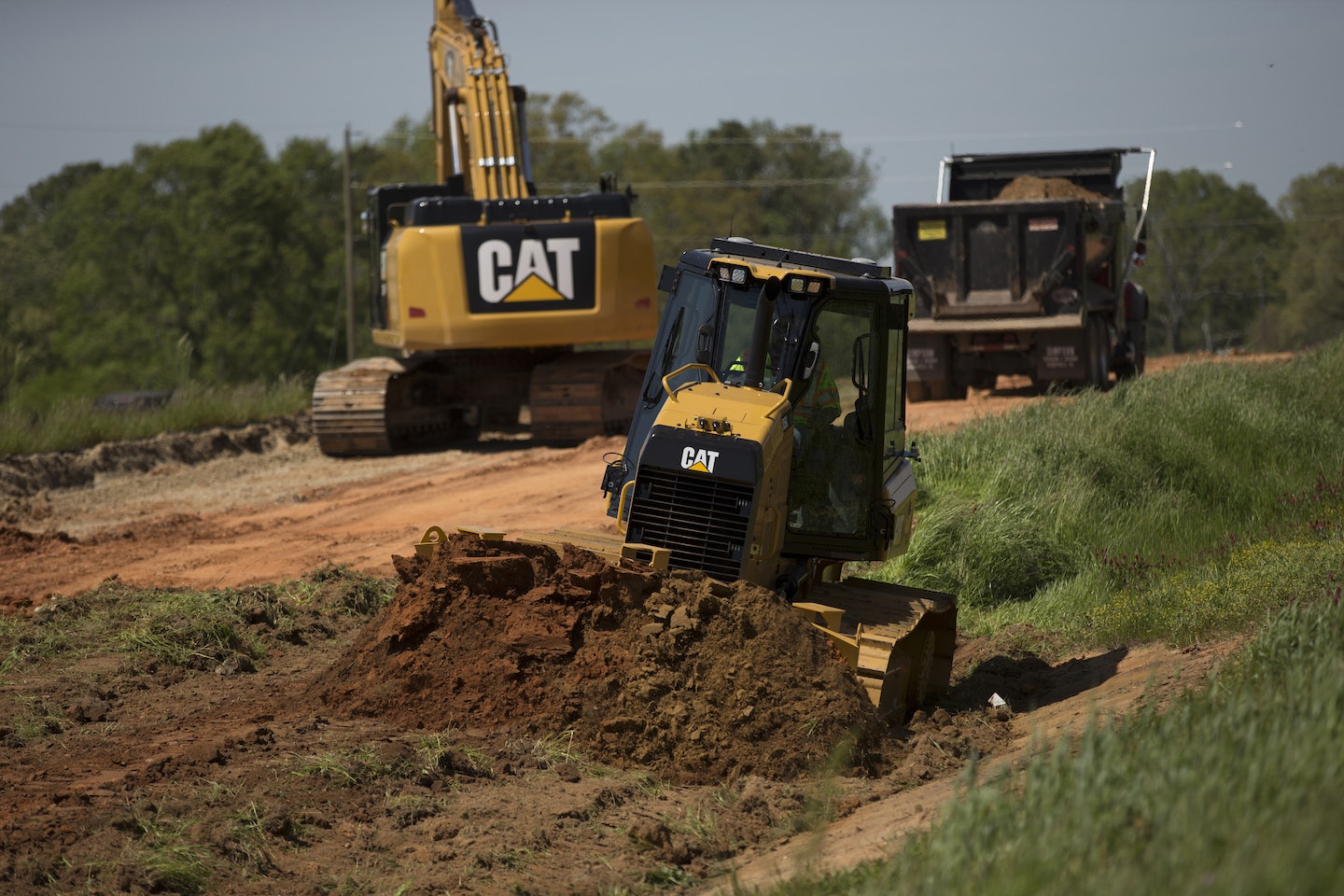 Cat has added the GRADE with 3D system as a factory-installed option to its small D3K2, D4K2 and D5K2 dozer lineup. The automated grade control system uses GNSS (Global Navigation Satellite System) to position the blade without operator input from from start to finish on the jobsite, says Joel Fritts, product applications specialist with Caterpillar.

The option also incorporates the Cat AccuGrade Ready Option, allowing the use of universal total station and laser references for automated control.

According to Cat, GRADE with 3D allows operators of all skill levels to achieve specified grades faster and more accurately, while reducing staking costs.

Integrated into the design of the machine, the systems antennas, receivers and data radio are positioned on top of the cab, eliminating the need to remove components at the end of the day. With a lower profile antenna on the machine, its more difficult to see that the technology is on the machine, and it lowers the risk of vandalism, Fitts says. Machine orientation is monitored by three inertial measurement units; position-sensing hydraulic cylinders track blade position.

Cat says the system can provide one-tenth foot-level accuracy while in the GNSS mode. It does this by using real time kinematic positioning technology, integrating multiple real time kinematic positioning technology with information from an on-site base station receiver or other corrections device. Comparing the machines blade position with a downloaded site design plan, the system automatically positions the blade using an integrated electro-hydraulic valve module.

When activated, the system automatically controls both blade lift and tilt to conform to digital jobsite plans, requiring only that the operator steer the machine. Compared to manual controls, GRADE with 3D reduces manual input by 80 percent, Cat says.

Operators monitor their progress on a configurable 10-inch Android touchscreen display incorporated into the dash. An operator can use multiple views on the screen, including a cross section profile and overhead view, Fitts says. In addition to touchscreen controls, there are control buttons for activating the system on the joysticks.

The three small dozer models can also be ordered with the AccuGrade Ready Option only, which includes the Cat Slope Assist system, sensors, processor and wiring harness. The machine can then be easily upgraded later to GRADE with 3D.

Not everyone is ready for the full system, Fitts says. Our objective is to give our customers what they want.  They can just order an ARO machine and later on if they want to add GRADE with 3D they can, or they can use their older receivers.