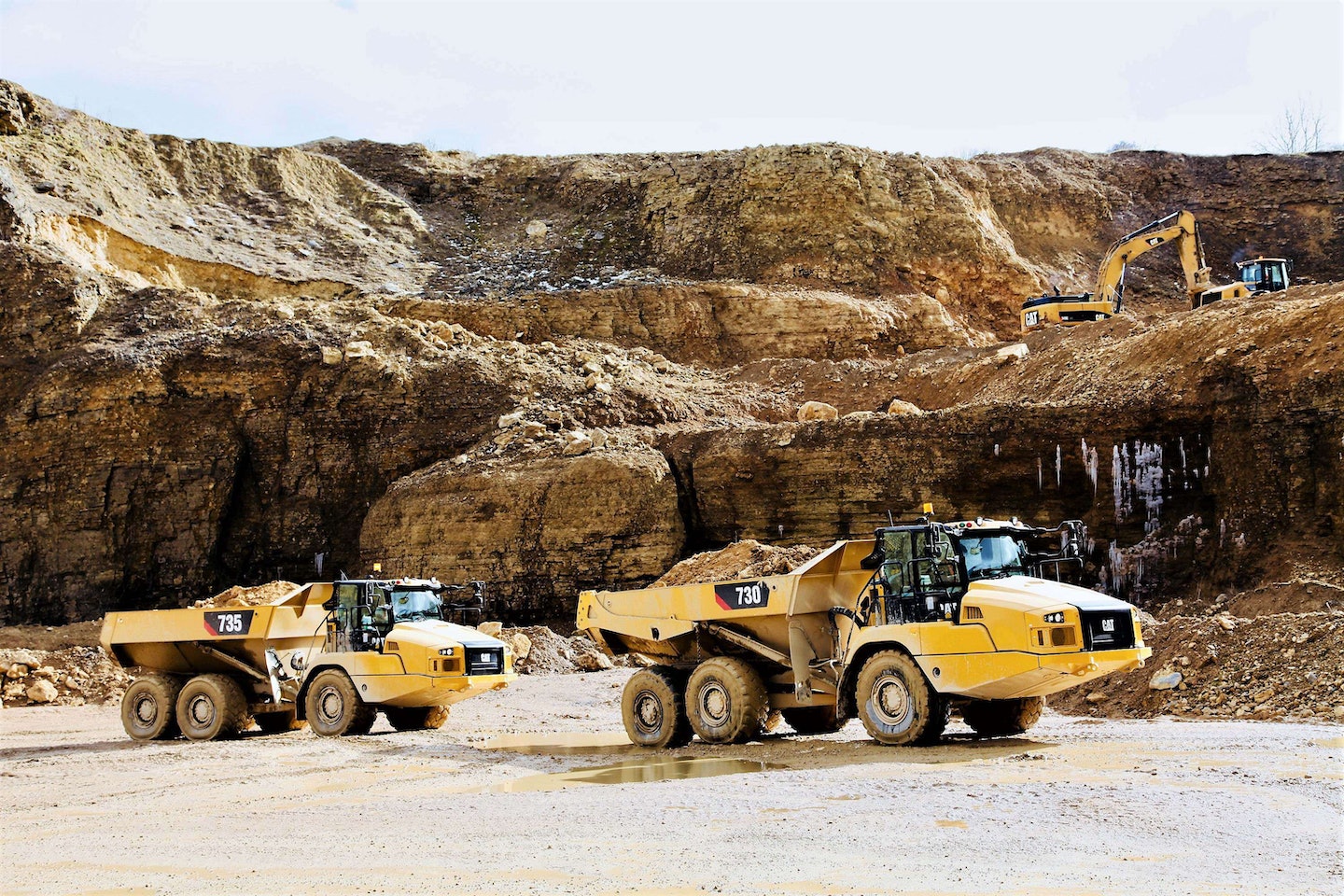 Cat has introduced revamped models of its 730 and 735 articulated dump trucks which include a new operator station, new engine and a few features first seen on the new 745 unveiled at ConExpo last year. As was started with the new 745 last year, the 730 and 735 no longer a carry a suffix to denote the machine generation. Cat now keeps track of model generations with a Build Number. You can read more about that change here. 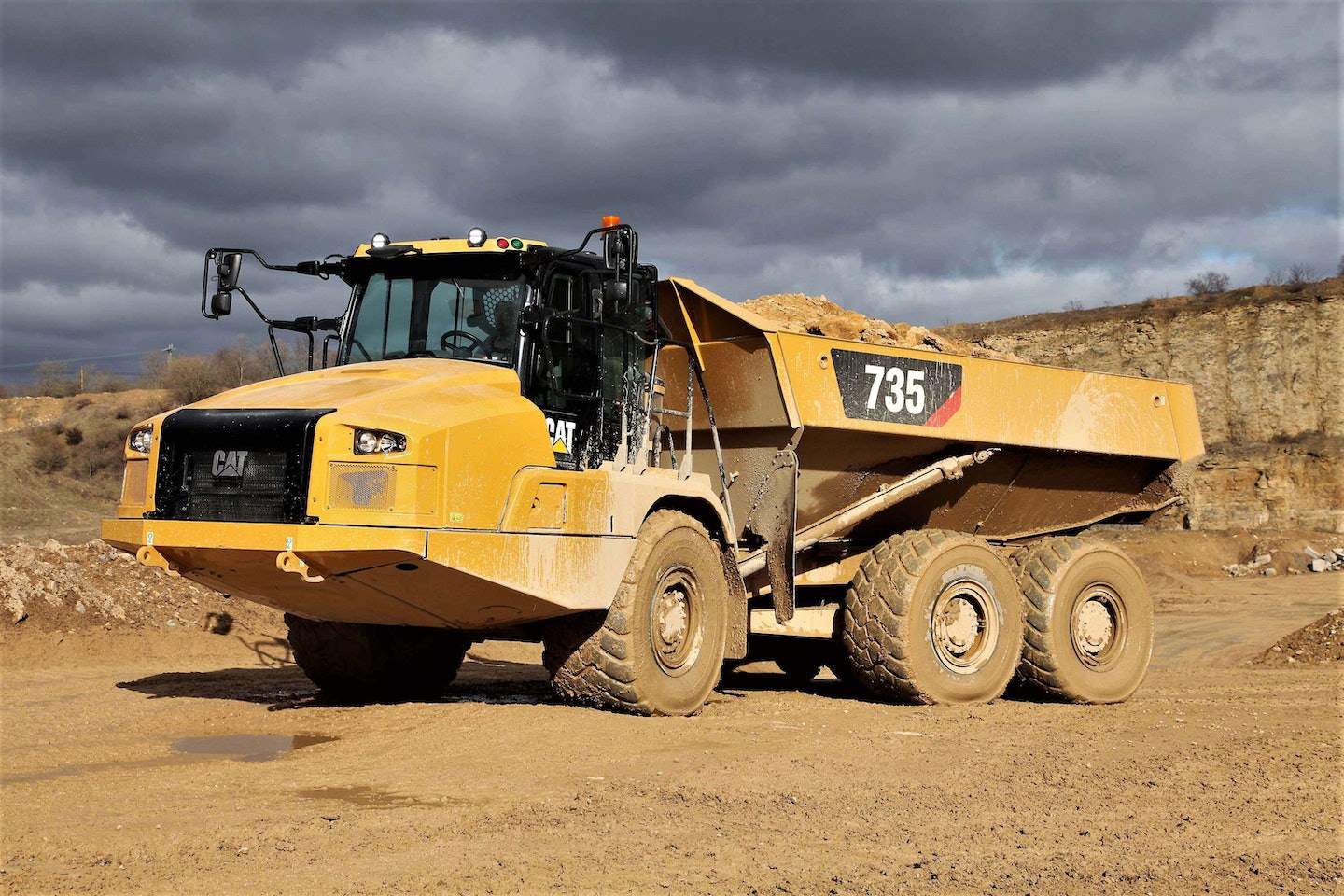 The new cab found on the 730, 730 EJ and 735 trucks is a spinal-ROPS design that provides more visibility to the rear through a new rear-quarter glass. The new glass eliminates the structural pillar found on the previous generation C-Series models of these trucks. As an available option you can replace the rest of the cabs glass with an infrared variety that reduces solar heating inside, making for more comfortable operation. The cab also features left- and right-hand sliding windows for increased ventilation and easier communication with workers on the jobsite.

Further design enhancements aimed at operator comfort include a new automatic climate control system with more vents, a new heated/cooled seat and a new flip up/down passenger seat with more cushioning. The new cab also features a wake up feature which turns on the trucks displays whenever the door is opened. The new door is easier to open as well thanks to a lighter design and a shut-assist feature that also provides improved sealing against dust.

Cat says the cab is 7 decibels quieter compared to the C-Series models with sound levels of 72 dB during operation.

The exterior of the cab has undergone some changes as well. The trucks feature an improved flexible lower fender and a low-profile exhaust stack that doesnt need to be removed for transport.

First seen on the 745, Cat is bringing a new version of its combined transmission-and-hoist lever to the new 730 and 735 trucks. This lever gives operators single-lever control over truck speed and body-hoisting functions, automating repetitive operations. Operators can choose between manual or fully automatic assisted hoisting control with the flip of a switch. This control automatically applies the waiting brake, sets the transmission in neutral and hoists the body to the maximum angle at high rpms. A push-button lever control lets the operator set the machine speed and transmission hold/waiting brake. Directional gear shifting protection brings the machine safely to a stop when transitioning from forward to reverse and vice versa.

The new lever also includes a parking position. A tertiary brake switch will set the parking brake in the unlikely event of main and secondary braking malfunction.

Cat has also added its Advanced Automatic Traction Control system. This system avoids wheel spin by proactively applying differential locks. The trucks avoid acceleration surges when traveling over rough terrain through a throttle-smoothing system. A Detect/Stability-Assist system monitors the working angle of the truck along with the grade and cautions the operator if the machine is approaching the set threshold angle, Cat says. If theres a possibility the truck may tip, the system will stop the dump process.