In 2012 when Caterpillar first unveiled it’s 336EH hybrid excavator, the company spokespeople offered only vague notions about how and when they might deploy this new technology on other excavators.

But at a press event last week in Tinaja Hills, Arizona, Cat showed us not only it’s newest hybrid machine the 336F L XE , but talked about the hybrid strategy going forward. Brian Stellbrink, product application specialist, confirmed that “elements of” the new hybrid technology would be migrating into two additional excavators this year, the 374F and 390F and more machines in the years to come.

What “elements of” means is that Cat will use a mix of different hybrid components when and where they make sense for that size class of excavator. These second generation hybrids will be badged “XE.” The XE doesn’t stand for a specific acronym, says Stellbrink. Rather it denotes that the excavators so labeled will have the most advanced hybrid technology and systems for their size and applications.

In other words, these XEs going to be marketed not merely as hybrids, but as Cat’s premium excavators. At the same time Cat is developing a line of “GC” branded excavators which don’t have the high-tech bells and whistles but offer a low cost per hour solution for contractors with lower utilization rates.

Unlike all other hybrid systems which store and release excess flywheel power in electrical form, Caterpillar’s hybrid systems are all hydraulic. The company’s suite of hybrid technologies includes three elements (all three of which appeared on the original 336EH and now on the 336F L XE:

1. The Electronic Standardized Programmable Pump or ESP. This is a smart pump, one controlled by a computer interface that is making decisions on input variables from the entire hydraulic system.

2. Hydraulic Hybrid Swing system. This device is a large, piston-style nitrogen gas-over-oil accumulator that lies under the sheet metal horizontally at the back of the machine and absorbs excess swing energy from the rotating superstructure and releases it back to the system when and where needed.

3. Adaptive Control System (ACS) main valve. In a traditional hydraulic system, oil is pressurized, sent to where it is directed. But on the return trip to the hydraulic reservoir, the oil limps along, expending no more energy than it takes to get back home. In Cat’s system if the ESP detects a need for additional pressure or flow anywhere in the system, it tells the ACS valve to redirect the oil to that active function in need of additional hydraulic horsepower. No rest for the weary oil in this system, but that also means very little wasted hydraulic energy either.

With these three elements making hyper-efficient use of the hydraulic system Cat engineers downsized the engine and upsized the hydraulic system. As a result, the company claims a 25 percent boost in energy efficiency for the 336F L XE compared to similar size non-hybrids.

In addition to the advanced hydraulics, the 336F L XE also comes with a standard “smart boom” which includes a 2D grade control system. This measures and controls the exact position of the bucket enabling you to dig a perfect, flat bottom trench at a predetermined depth and slope. The benefits are substantial:

A 3D system can be added on top of the 2D system without having to remove any of the original 2D components. In addition to grade and slope control, the smart boom also incorporates what the company calls the Cat Production Measurement System, which weighs the load as the boom swings with no interruption in the loading cycle. 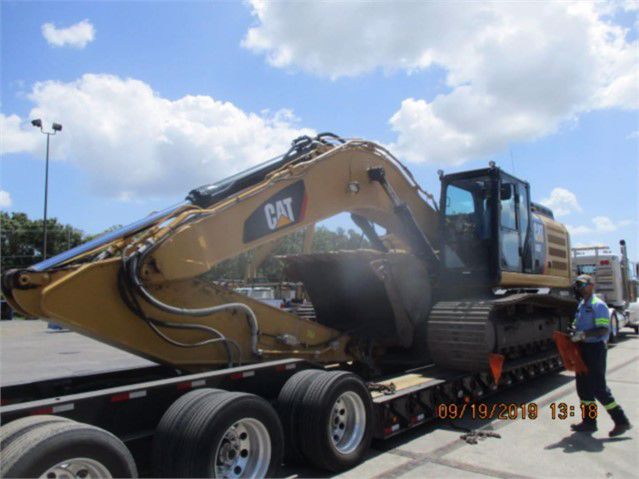 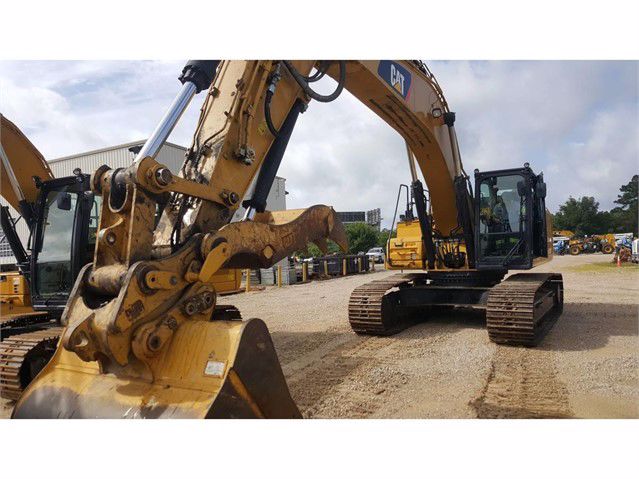