The 740C EJ is an ejector model that combines the 745Cs tractor with a horizontal discharge body that enables the truck to unload material to uniform depths while traveling at speed. The ejector model also provides stability when discharging the load in less-than-ideal conditions, including soft terrain, on side slopes and on grades.

The trucks include Cats Clean Emissions Module, an aftertreatment system that includes a diesel particulate filter that automatically regenerates with no intervention from the operator. The CEM also features a selective catalytic reduction system and easily accessible DEF tank.

The transmission also features automatic traction control which adjusts the clutch locks engagement level while the truck is moving, and the ability to set retarding control to fully automatic.

Additional features include a system that facilitates stopping and starting on grades, and a braking system that applies the service brakes during pauses in the work cycle.

You can watch a video that gives best operating practices for the new trucks and goes over all of the new features below. 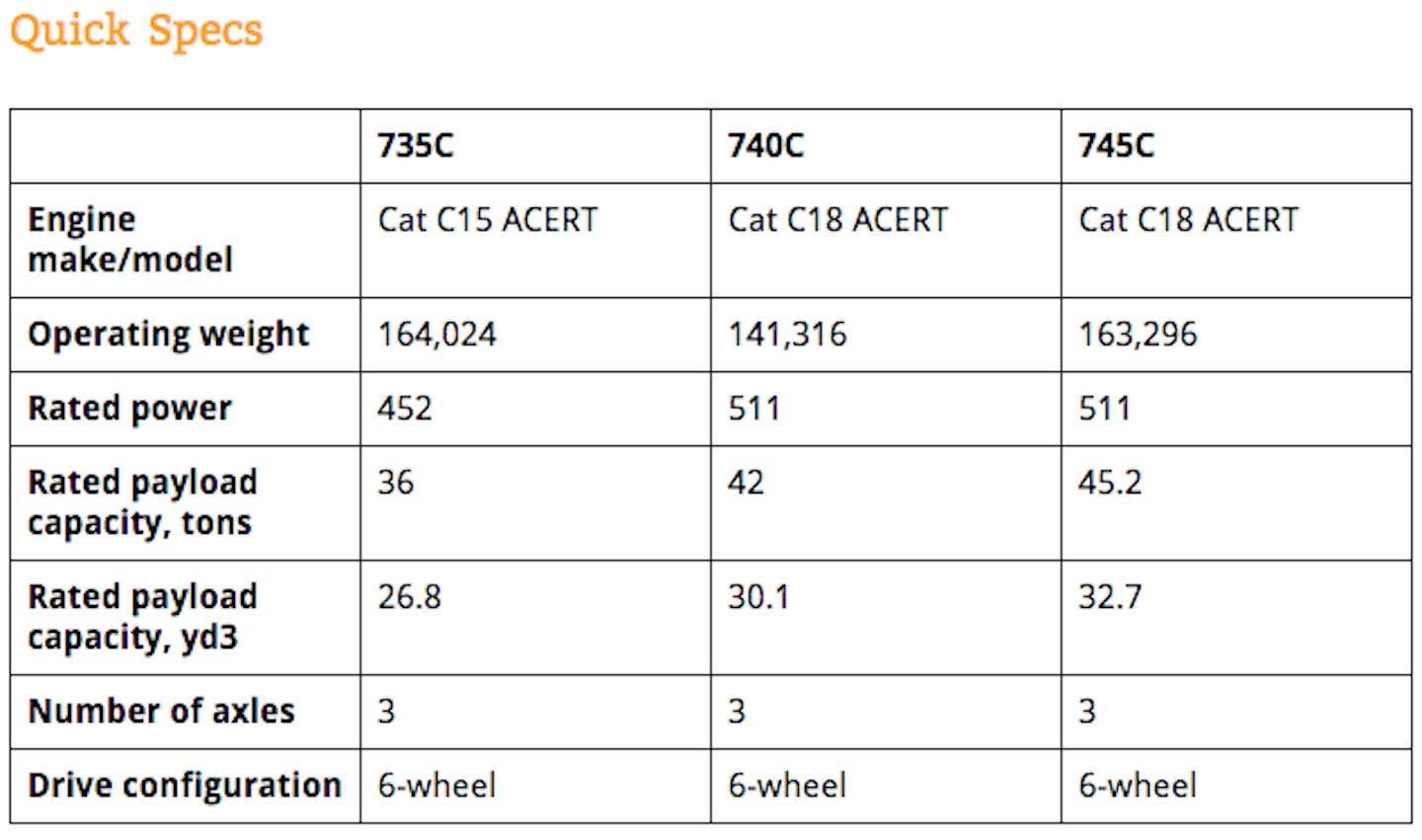