International on Friday pulled the curtain back on its new flagship line of Class 8 on-highway trucks.

International says its LT Series, the companys most fuel efficient line of trucks to-date, was designed with feedback from drivers that resulted in a final product that Jeff Sass, senior vice president of sales and marketing for Navistar calls the most driver-centric Class 8 vehicle weve ever built.

It all starts with the guy who has got his hands on the wheel, says Navistar president Troy Clarke.

Available in Classic and premium Diamond trim levels, the truck features an all-new interior that based on a review of the more than 500 points where the driver and truck interact offers better elbow room, hip room and leg room. Driver input also led to a mix of high-tech and traditional features that emphasize driver ease of use.

We made some interesting discoveries along the way, says Denny Mooney, Navistar senior vice president of global product development. Truck drivers want a truck designed like a truck. Career truck drivers arent interested in automotive styling. They want trucks designed to do a job. They need easy to use controls, great visibility and great ergonomics.

Kenneth Stiltner, who currently drives a ProStar for Cowan Systems, was one of the drivers engineers and Navistar executives spent time with farming for ideas and feedback. 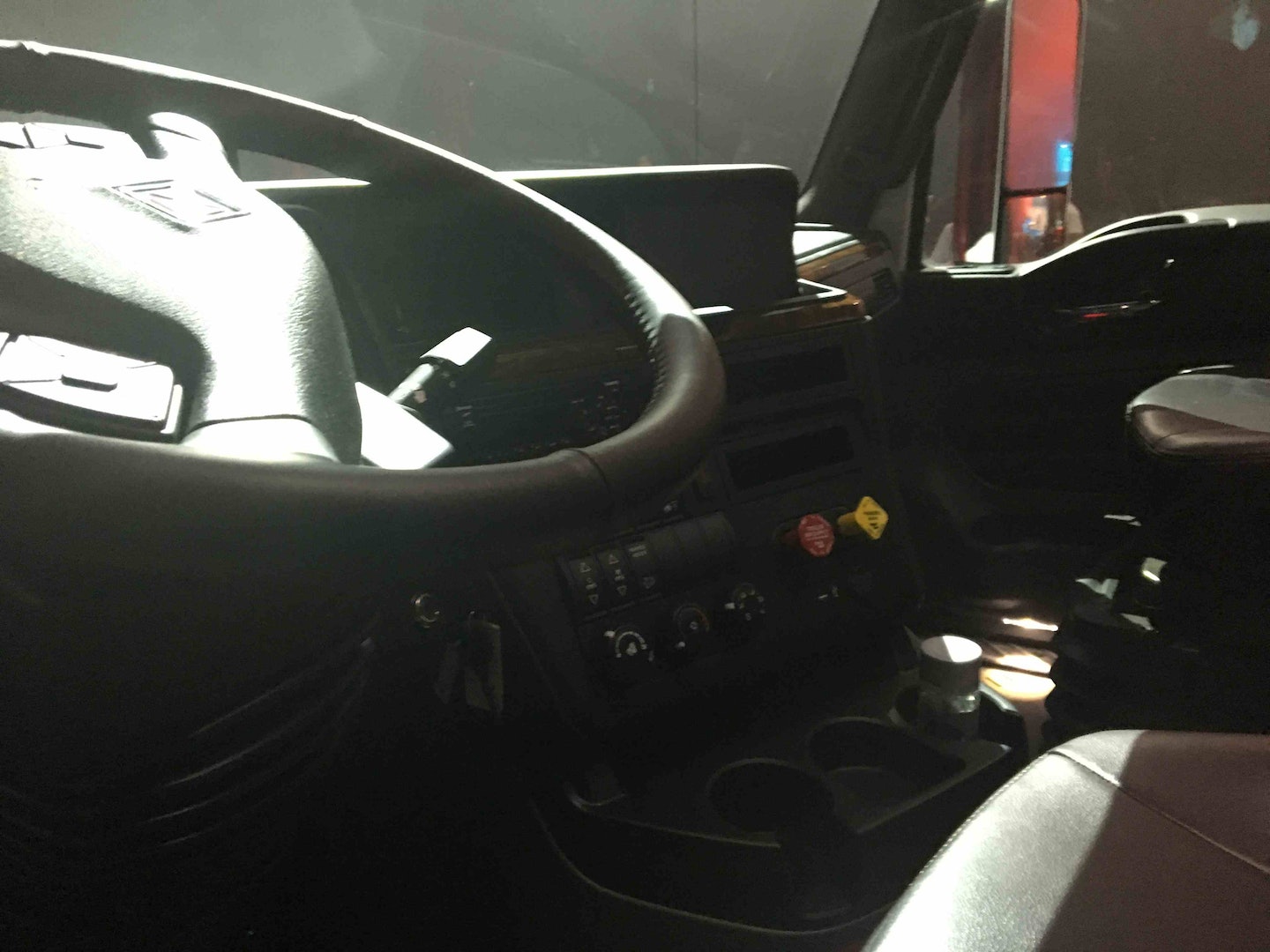 The redesigned interior features a premium dash cluster with a digital driver display that places everything within reach while offering real-time monitoring of fuel economy. The new display also offers up to 15 customizable digital gauges. In addition, the air horn was relocated back to its traditional, intuitive position over the driver door in response to driver feedback.

The dash I dont have to go looking for anything, Stiltner says. I look straight ahead and I can see it.

Aerodynamic improvements that boosted the LT Series fuel efficiency also yielded a four-Sone decrease in wind noise inside the cab.

The LT Series comes with standard LED headlamps, a column-mounted gear-shifter and engine brake switch, and a redesigned one-piece side window for a clearer line of sight.

Clarke says the LT Series was designed from the inside out.

In an effort to boost uptime, International reviewed reliability data and other information collected from 230,000-plus subscribers to its OnCommand Connection diagnostics system. Data in-hand, the company and made multiple enhancements to support increased reliability and serviceability. 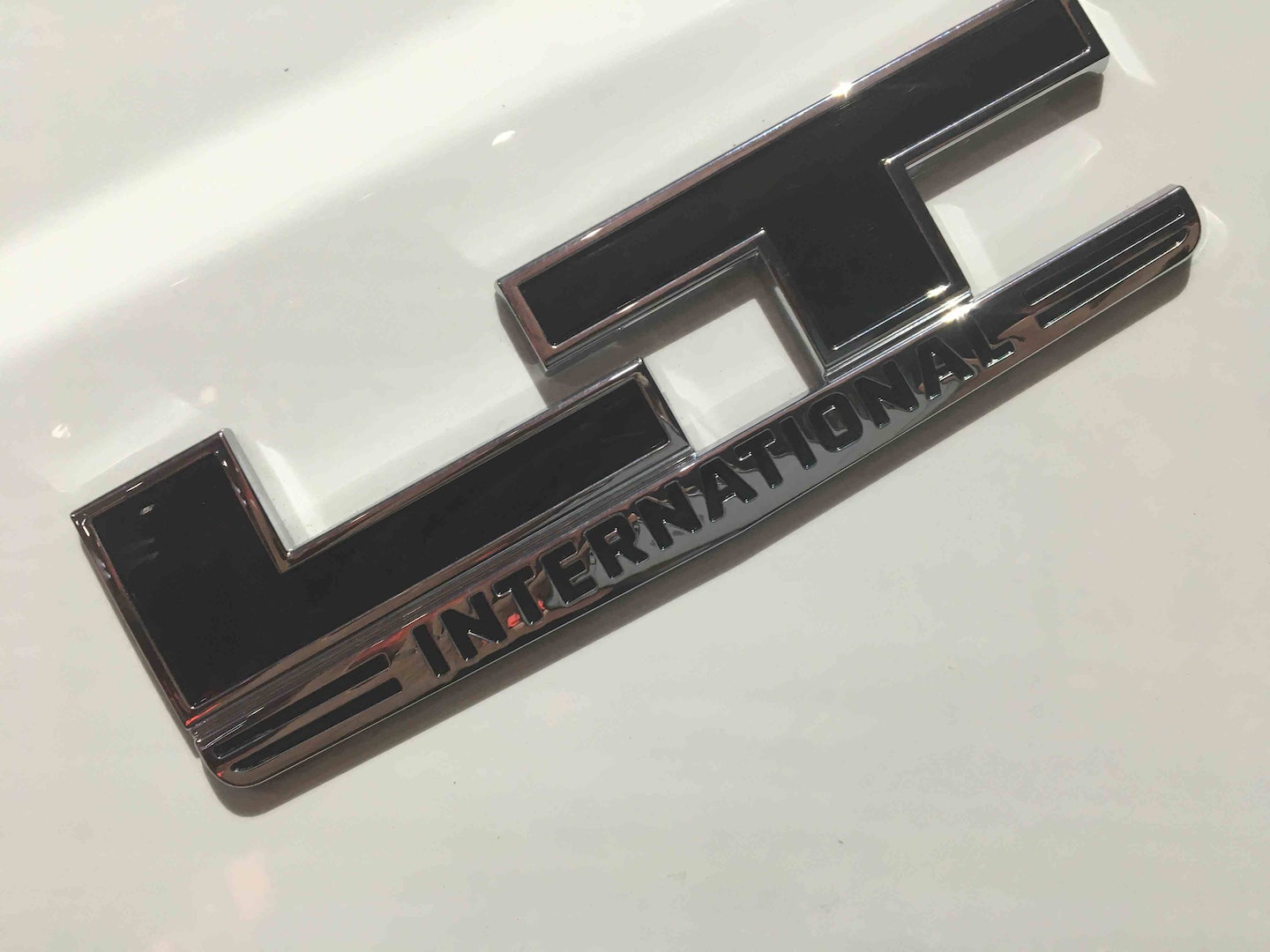 We are proud of the integrated, data-driven approach we used to assure improved reliability, serviceability and productivity, he adds.

The LT Series ushers in a new single-canister design aftertreatment system that is 60 percent smaller and 40 percent lighter, and also offers quicker servicing. Cab wiring includes all-new harnessing and an in-cab power distribution module that is inside the truck, away from the weather.

All key service points under the hood, inside the cab and around the vehicle were designed for easy access and servicing, and many components have been engineered with longer intervals between required maintenance.

Upgraded aerodynamic features on the new International LT Series include an aero-contoured hood (with 4 inches added to the slope), fender, wheel opening and chassis skirts and an aero-enhanced three-piece front bumper. Longer side extenders also shorten the trailer gap.

Internationals predictive cruise control, which uses preinstalled GPS maps and the latest commercial route data to make adjustments to cruising speed without the need to pre-drive the route, looks ahead of the vehicle and recognizes the terrain and continuously calculates the most efficient speed and gear for optimal fuel economy in real time.

I believe this is the start of many more advancements of these types of systems. The truck driver his expertise is required in take offs and landings, Clarke says, drawing comparisons to the automations in commercial air travel.

The LT Series, which is available for order as of Friday, is being launched with the new 2017 Cummins X15 engine with a horsepower rating of up to 500 HP in the efficiency series and up to 565 HP in the performance series.

Sass says there are already more than 2,000 orders for the LT on the books with deliveries expected to begin in late November.

Available in the spring will be the new 2017 Navistar N13 engine. That engine is rated up to 475 HP with up to 1,750 lb.-ft. of torque and features a design that is 500 to 600 pounds lighter than traditional big bore engines.