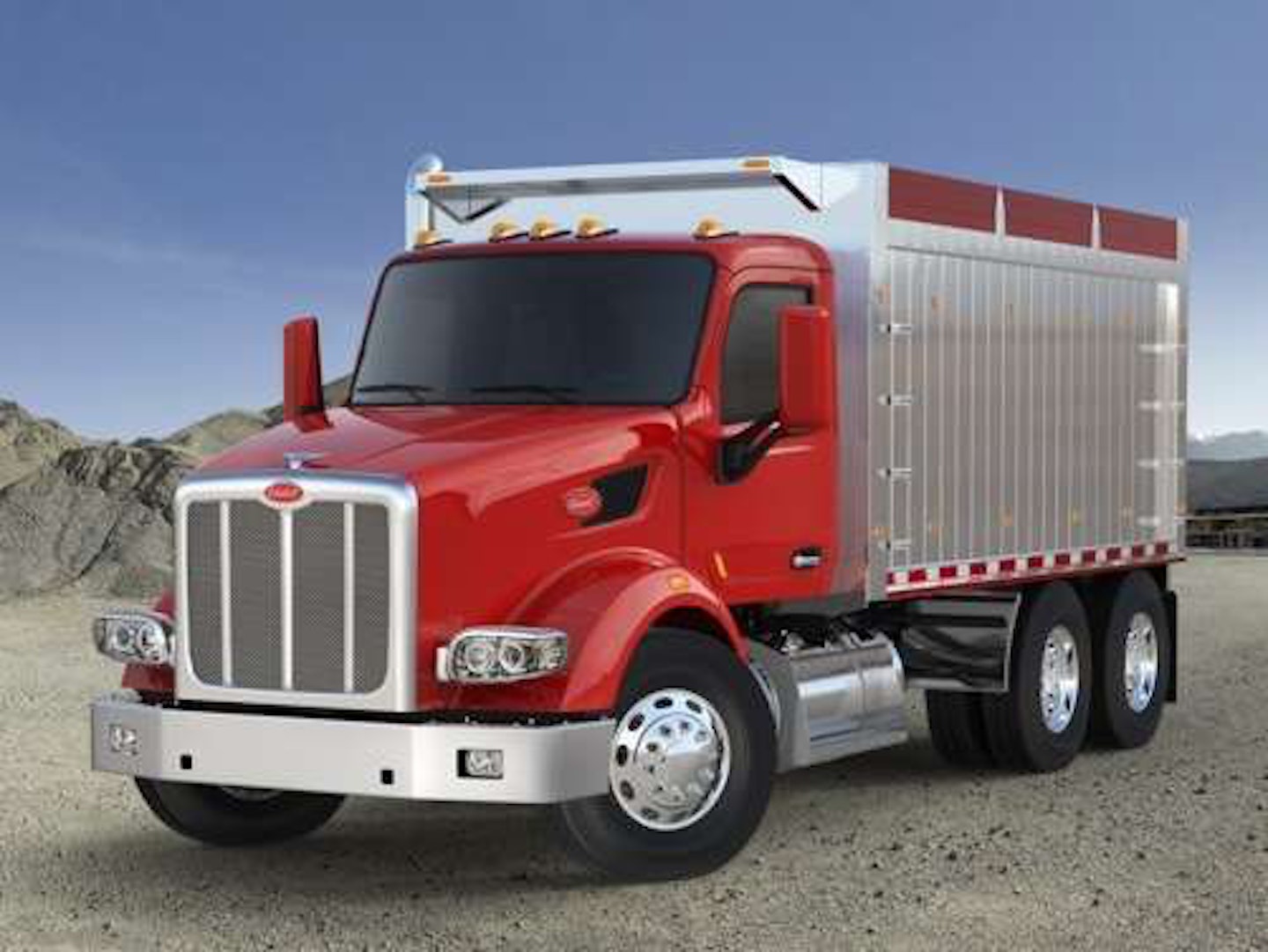 The 567 is available in two BBC configurations the 121-inch and 115-inch in a day cab or with a selection of detachable sleeper configurations.
Three sleeper sizes are available 44, 70 and 80.

The 567 features:
* A durable, newly designed aluminum cab.
* A steel upper A-pillars and rear corner reinforcements.
* A Metton hood that absorbs many impacts that would crack other materials.
* A hood pivot system that directs energy around the cooling module in the event of an impact.
* Improved lighting, including projector module low beams, which have a 2,000 hour lifecycle, and complex reflector high beams.
* Improved windshield visibility.
* Chassis design that is lighter but stiffer, and that improves maneuverability for operating in congested worksites.
* Routing improvements to the chassis system that include new air and fuel hard lines and the separation of key air, fuel, diesel exhaust fluid and electrical systems routings to simplify service work.

On the Model 579, the new 80-inch sleeper is the largest offered in the companys history. The detachable sleeper has a 42-inch bunk, spacious tower storage cabinets and LED lighting.

The new 117-inch BBC design for the 579 offers improved maneuverability and visibility.

This combination of performance attributes optimizes the vehicle for weight-sensitive customers, such as regional and bulk haul applications, said Kozek.

Improvements to the 587s interior include a redesigned dash brow and new configuration for switches, controls and storage that makes them more accessible to the driver.